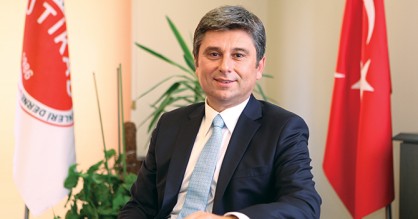 A major milestone for the global trading system was reached on the 22nd of February 2017 when the TRADE FACILITATION AGREEMENT of the WORLD TRADE ORGANAZATION entered into force. WTO has obtained the two-thirds acceptance of the agreement from its 164 members needed to bring the TFA into force.
The entry into force of this agreement, which seeks to expedite the movement, release and clearance of goods across borders, launches a new phase for trade facilitation reforms all over the world and creates a significant boost for commerce and the multilateral trading system as a whole.
- Full implementation of the TFA is forecast to slash members' trade costs by an average of 14.3 per cent. Developing countries having the most to gain.
- The TFA is also likely to reduce the time needed
o to import goods by over a day and a half and
o to export goods by almost two days, representing a reduction of 47 per cent and 91 per cent respectively over the current average.
- Implementing the TFA is also expected to help new companies export for the first time.
- Moreover, once the TFA is fully implemented, developing countries are predicted to increase the number of new products exported by as much as 20 per cent.
- The least developed countries likely to see an increase of up to 35 per cent, according to the WTO study.
This would boost global trade by up to 1 trillion dollars each year, with the biggest gains being felt in the poorest countries.
The impact will be bigger than the elimination of all existing tariffs around the world.
Basically TFA prescribes many measures to improve transparency and predictability of trading across borders and to create a less discriminatory business environment.
The TFA's provisions include improvements to the:
- availability and publication of information about cross-border procedures and practices,
- improved appeal rights for traders,
- reduced fees and formalities connected with the import/export of goods,
- faster clearance procedures and
- enhanced conditions for freedom of transit for goods.
The Agreement also contains measures for effective cooperation between customs and other authorities on trade facilitation and customs compliance issues.
All of these mean a lot to our freight logistics industry!
- While we are looking for simplified systems in supply chains,
- Costs will decrease and while the world trade is increasing the volume of our business will also increase.
It is for sure that Freight Forwarders’ Associations will and should work with their governments to identify and eliminate barriers on trade and logistics flows in their countries. They should also share improvements they have achieved in their countries as well as best practices with other associations. UTIKAD has made strong commitment in Turkey and is now working very closely with related government bodies for the simplification of the movements of the goods and services in and out of Turkey as well as in transit via Turkey.
It goes without saying that the FIATA World Congresses are the most important events of our industry and the best platform to share the recent developments and knowledge. This year it will be held in Kuala Lumpur between the 4th and the 8th of October and I would strongly encourage both Turkish and worldwide logisticians to join this great event. During the event we will increase our knowledge by sharing the knowledge.