Haber »  Dünyadan »  What needs transporting between Russia and Turkey?

Turkey and Russia have had something of an interesting relationship of late. When the EU and Russia slapped mutual sanctions on each other, Turkey stayed neutral, but soon found itself embroiled in its own diplomatic/trade tussle with the world’s biggest country.
| More
Tweetle
Etiketler: logistics russia transport turkey 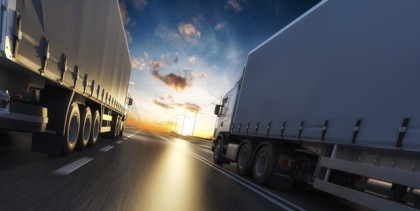 Transport and logistics performance, thus opportunities for service, technology, and solutions providers, dropped off. But don’t be turned off. The relationship between Turkey and Russia is repairing – bringing with it increased potential for cargo activity.

With the shooting down of a Russian jet above Syria by the Turkish Air Force in November 2015, Russia retaliated by hitting Turkey with a raft of economic sanctions. Included in Russia’s embargo package included a ban on one of Turkey’s key export commodities: food.
Subsequently bilateral trade, which hit $23.9 billion in 2015, slumped to $8.5 billion by 2016’s end. Bilateral action was heavily in Russia’s favour, although Russia’s chief Turkish exports are gas and mineral products, transported via pipelines.

Forget those negative vibes, however, because relations between the Putin and Erdogan administrations are pretty much back to business as usual. And, being business as usual, trade is growing again.
In the first third of 2017, Turkey’s Russian exports grew 30%, with Russia posting 15% reciprocal growth in its trade with Turkey during the same period.
Signals of a return to normality are becoming abundantly clear as 2017 rolls along. In June for instance, Turkey exported goods worth $238 million – a staggering rise of 101.5% compared with 2016’s stats.
From Jan to June, Russia imported goods worth $1.13 billion, representing a year-on-year rise of 53%, according to a report from Turkish news outlet Anadolu.

In what will no doubt be encouraging news for transport and logistics companies affected by the reduction in Turko-Russian trade, Turkish Minister of Economy Nihat Zeybecki has said he is hoping for 35% growth in annual activity between both partners by 2020.
“Our trade turnover grew by 30% over the past eight months,“ Zeybecki said at the 15th meeting of the Russian-Turkish Intergovernmental Commission on Trade and Economic Cooperation, earlier in 2017. “35% a year turnover growth is quite realistic. By 2020, $2.1 trillion is the figure we could reach”.
$100 billion a year. Big bucks, to be sure, and that’s the turnover target laid down by Presidents Putin and Erdogan between their countries.
This indicates a new desire to expand import/export activity for both states, which points towards an intensification in transport and logistics action.

For Turkey, agriproducts represents the bulk of the cargo that needs shipping to Russia. In 2015, for instance, 42.6% of Turkey’s entire Russia-bound shipments were fruits and vegetables, totalling in excess of 1.3 million tons.
Salts, sulphur, cement, and related products was another big sector for the nation’s transporters, covering 28.7% of freight volumes in 2015. Weight-wise, these shipments clocked in at 879,807 tons.
Apart from huge volumes of fruits and vegetables, and construction materials, Turkey also sends items such as automobiles, clothing, carpets, furs and leathers, and metallic products like iron and steel; all goods requiring road, rail, air, or sea transportation.
On the Russian front, things are a little different. As mentioned above, Russia’s chief exports are mineral in nature; mostly mammoth volumes of natural gas. Cereals a key cash crop for Russia, and it sent 3.6 million tons worth to Turkey in 2015.
Outside of mineral and energy exports, ferrous metals are a key product for Russia. 9.3 million tons of steel, iron, and related metallic goods, were transported from Russia to Turkey in 2015, representing 22.4% of all goods shipped.