Haber »  IMPORTANCE of FIATA and ITS WORKING GROUPS

IMPORTANCE of FIATA and ITS WORKING GROUPS 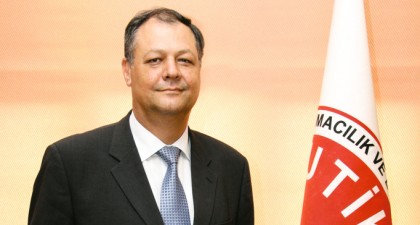 What lies beneath the acknowledgement of FIATA as the sole determinative and directive nonprofit organization on earth for the worldwide transport organizers and, in general, in view of the logistics sector, is of course diversity of Institutes, Advisory Bodies, and Working Groups acting under its roof. That is to say, FIATA’s kitchen.
Totally eight sub-bodies, three being main and five being ancillary, constitute the foundation of FIATA. Most important of them are Air Freight Institute, Customs Affair Instıtute and Multimodal Transport Institute. Among them, only the Multimodal Transport Institute consists of two sub-working groups: Working Group Road Working Group Sea and Working Group Rail…
Working groups are obliged to held theır meetings twice a year. The only exception is for the the Working Group Sea which has to have at least three meetings each year. However, the number of the meetings for each group can increase, for sure, in the event of neccesity. In general, the meetings of the working groups are being held approximately one month prior to the FIATA WORLD CONGRESS and FIATA WINTER SESIONS.
Working Group Road has held its ordinary meeting in Slovenia’s capital of Ljubljana on August 30, 2017. Delegates from nine countries, along with the representatives of CLECAT and FIATA, attended the meeting organized by Slovenian Transport Organizers Association that acts under Slovenias Chamber of Commerce. As you will remember, after having acted as the Chair of the FIATA Working Group Road for 11 years, I handed over this duty to the Slovakian delegate a year ago. In the meeting held under the presidency of him, Mr. Ekin Tırman, member of UTİKAD Board of Directors and Chairman of UTİKAD  Working Group Road, participated together with me on behalf of our country.
In the meeting, developments regarding TIR Carnet presented by IRU were handled. It was specified that India had taken the necessary initiatives to participate in the TIR system. However, the reaction of Pakistan, being allready a member of the TIR convention, is being expected with curiosity.
Furthermore It was stated that the number of the TIR parking areas with all the stipulated safety standards were just a bit more than the number of the fingers of a hand. As an example for that it was mentioned that there were only two TIR parking areas fulfilling all the conditions in Germany.
The delegates of the meeting mentioned that the chaos caused by the application of different driver salaries in every country and each country’s attempt to implement a system in this regard is still ongoing and that this inflicts substantial damage on the sector. Driver working and resting times were taken into account in connection with searching a “TIR parking area.”
The report that will be drawn up subsequent to the meeting by the Chair of the FIATA Working Group Road will be presented to all delegates during the meeting of the Multimodal Transport Institute in the FIATA WORLD CONGRESS which is going to be held in Malaysia’s capital of Kuala Lumpur on October 4, 2017, where also other opinions will be requested and, of course, the steps to be taken will be determined.
The host, Slovenian Transport Organizers Association, has organized a wonderful tour for the delegates attending the meeting. Slovenia is a very beautiful country and its capital, Ljubljana, is a magnificent city.
If my schedule allows it, I will share my impressions about the 2017 FIATA KUALA LUMPUR WORLD CONGRESS with all the UTA Logistics readers as well.