Highlights the Future of Logistics

The Agility Emerging Markets Logistics Index shows that Turkey, by ranking up on the list compared to previous year's index and taking its place as the 9th country, has a good potential to grow as a logistics market.
| More
Tweetle
Etiketler: agility future of logistics logistics report 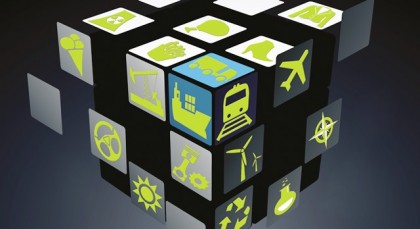 By a survey more than 800 logistics and supply chain industry proffessionls, The Agility Emerging Markets Logistics Index once more unveils emerging markets' logistics facts and potential. The Agility Emerging Markets Logistics Index used economic and trade data, social indicators and transport development to rank 50 emerging markets countries for their potential as logistics markets. The Index’s annual survey shows the regions, countries and industries where global logistics executives see the greatest growth potential and risk in the year ahead.
2017 Index Highligts:
China, the world’s second-largest economy, remains the world’s leading emerging market. In the survey, supply chain executives identified the direction of China’s economy as the factor most likely to drive global economic and trade growth in 2017.  Robust growth and long-anticipated tax and economic reform pushed India to No. 2 in the Index and impressed the logistics executives surveyed. Even so, India’s surprise decision to remove high-denomination bank notes from circulation and encourage cashless payments could be jarring for the economy in 2017. UAE, No. 3 overall in the Index, again topped the rankings in the areas of business climate, and in logistics infrastructure and transport connections. Gulf countries UAE, Qatar, Oman, Bahrain, Saudi Arabia and Kuwait claimed six of the top 10 spots for best business conditions. Iran climbed eight spots in the Index rankings to 18th overall and leaped to 9th from No. 15 among emerging markets countries that executives view as having the most potential to grow as logistics markets. Iran’s gains were the biggest of any country in the Index or the survey. Africa’s biggest economies – Nigeria and South Africa – were among the countries that fell most sharply in the Index. Smaller African markets – Uganda, Ethiopia, Tanzania and Kenya – improved their rankings in 2017. Brazil held its No. 7 Index ranking despite a painful recession and the impeachment of President Dilma Rousseff. In the survey, logistics executives again picked Brazil as the market with the most logistics potential after India and China. Bahrain jumped five spots in the latest Index to No. 23 after years of social unrest that hurt its ranking. Argentina, attempting to end years of international economic isolation, climbed three places to No. 28. Kazakhstan shot up four spots to No. 14, largely on the strength of business conditions that ranked behind only those of four Gulf countries – UAE, Qatar, Oman and Bahrain. Turkey weathered the effects of an attempted coup, moving from 10th to No. 9 in the latest Index. Russia fell from 9th to No. 10, a modest slip suggesting that has contained the fallout from Western economic sanctions and low energy prices.
*The countries which have the most potential to grow as logistics markets in the next 5 years:
Survey respondents were asked to rank the emerging markets they viewed as the most likely to become major logistics markets over the next five years. Survey respondents indicated their belief that India remains the emerging logistics market with the most potential for LSPs. The top 10 countries are; India, China, Brazil, Vietnam, Indonesia, UAE, Mexico, Russia, Iran and Turkey. Here are the country facts:
*Top Supply Chain Risks By Region
Latin America: Corruption, Middle East and Nort Africa: Terrorism, Sub-Saharan Africa: Poor Infrastructure, Asia-Pasific: Economic Shocks
*Best and worst counties with logistics, infrastructure and transport connections
Best countries: UAE, Malaysia, China,Chile, Saudi Arabia
Worst countries: Angola, Myanmar, Nigeria, Bangladesh, Venezuela
*Most and least potential for logistics industry investments
Most potential: India, China, Brazil, Vietnam, Indonesia
Least potential:Syria, Libya, Iraq, Ethiopia, Bangladesh
TOP 20 Countries at The Agility Emerging Markets Logistics Index