The importance of Turkey in the world’s logistics sector 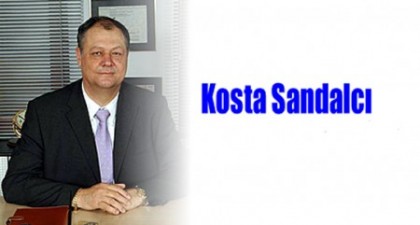 Turkey is increasing its importance in the logistics sector of the world fast in line with its 2023 targets. We can say that  the investments in infrastructure that started upon the foundation of the Republic in 1923 constitute the initial building blocks of the development mentioned above. One of the most significant investments in that period was of course the ones made in the field of rail transport in line with the trend in the sector in the world. This investment trend was drawn almost entirely toward overland endeavors starting from 1950 until approximately 1980.

We observe that in the last 20 years of the last century and right from the beginning of the 2000s, the infrastructure investments made for the logistics sector have been distributed among the modes in a much more balanced manner so far, to the extent that we can say the infrastructure investments for rail, sea, and air transports have reached the investment levels of land transport that had had  much more share from the resources.

It is certain that such investments made under the control and support of the state and through the cooperation between the private sector and the state is carrying Turkey’s logistics sector toward quite different dimensions.  Total three suspended bridges built on the Bosphorus throughout the years, sections of the Bosphorus Rail Crossing that have extreme importance in terms of rail transport like Marmaray, or the Eurasia Tunnel that combines Europe and Asia in Istanbul, Turkey’s most important city economically and commercially, are only few of such investments.

It is known that the New Istanbul Airport  to be inaugurated as of the end of October 2018 will be the second biggest airport in the world. The results of the positive momentum and extremely positive contributions brought along by such a colossal investment to those in the logistics sector involved with air cargo transport as well as Turkish Airlines, our national airline, will incontestably be substantial. It is certain that the New Airport will mark a brand new era in transit cargo transport thanks to its title of being a logistics hub for Turkey.

Additional benefit for the sea transport upon the completion of the ongoing constructions of the ports of Filyos and Çandarlı is unquestionable. This way, the possibility of creating much more different national and international multimodal transport alternatives in the sea transport field of Turkey that is surrounded by seas at three sides, in addition to the extremely important ports of Mersin and Izmir, might take place.

Turkey’s importance in terms of the Silk Road will definitely increase more and more in consideration of the Kars-Tbilisi-Baku connection if the modernization of the rail network ongoing in entire Anatolia and the investments of railing in especially logistically important regions are completed in a short period.

It is impossible not to see how important Turkey’s location is for transit cargo transport if we take a look at Turkey on a world map in both geographical and geopolitical terms. The route of the historical Silk Road passes through Turkey. It  is extremely natural that the northern connections with the Black Sea, connections of the Far East rail transport with Europe  or, otherwise, the rail and land connections of Europe with  the Far East take place through  Turkey as alternatives. We must mention here TRACECA that extends in parallel with the Black Sea coastline to the north of the country.

It is extremely logical that the Middle East and Arabian Peninsula connections transit Turkey. Of course, these alternative multimodal transport means make the importance of the ports like Mersin and Iskenderun situated to the south of the country stand out once again.

Turkish Airlines has maintained its title of being the airline that conducts direct flights to most cities of the world for a long time. This naturally  made our national airline one of the most important airlines of the world in terms of air cargo transport.

Various and extremely modern investments that have been made and are being made by the private sector in terms of handling and creating added value facilitate and make multimodal transit cargo transport more attractive.

It is necessary to remember that the Turkish transport fleet has been the biggest in Europe in terms of international land transport for many years.

There is another reality that Turkey will become more attractive in transit cargo transport through the changes in the customs and trade regimes made and planned to be made.

In a nutshell, Turkey has become an indispensable country for the logistics sector of the world and it is increasing its importance gradually.