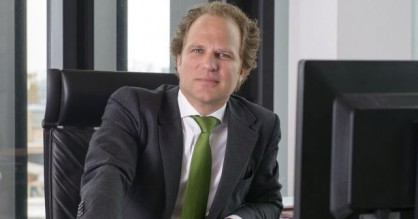 Uniform services worldwide under a single consistent brand: this is the strategy pursued by the logistics company Gebrüder Weiss. Following the establishment of various locations in Germany, China, Hong Kong and Singapore in the first half of the year, the company is now setting another milestone and announcing the foundation of an own country organization in the USA. Five more locations under the Gebrüder Weiss core brand will commence operations on July 3: Atlanta, Boston and Los Angeles are being fully taken over from a former US joint venture. The company is also opening two further locations in New York and Chicago, which will serve as the new Head Office for Gebrüder Weiss USA. In total, around 100 members of staff are employed in the United States.
In addition to various transport services – focusing primarily on air and sea freight – Gebrüder Weiss will now offer specific logistics solutions at its new locations. The portfolio of services ranges from goods storage and local distribution to e-commerce solutions including online store systems. The company is also aiming to gradually instill its industry expertise, for instance in the areas of automotive or high-tech, at the new locations.
"We are combining a globally consistent network with a high degree of local expertise. With this concept, we also want to strengthen our position as a Service Excellence logistics provider at the new locations," states Heinz Senger-Weiss, Management Board Member at Gebrüder Weiss. In the past few years, the company has been able to develop uniform logistics solutions on a global scale with numerous customers. Gebrüder Weiss now wants to intensify these developments in a significant way and keep growing together with its customers. "This is why a strong and independent presence in the USA is strategically extremely important to us," states Senger-Weiss.
At the world's central logistics hub
Gebrüder Weiss is also further developing its presence in trading centers in China: since July 1, the locations that recently opened in Hong Kong and Shenzhen have been supported by a representative office in Zhanjiang in the south of the economically powerful Guangdong Province. Another office is scheduled to be opened in Guangzhou this summer. In Germany, an office at Düsseldorf Airport will supplement the air and sea freight locations in Hamburg and Frankfurt. The logistics company is also opening two more offices in Munich and Stuttgart in the course of this year. These expansion measures will enable Gebrüder Weiss to cover the most important transshipment hubs around the globe. Information about the global network of locations and services is available on the new company website at www.gw-world.com