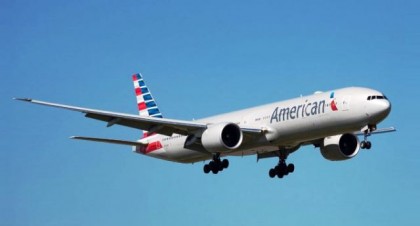 The inaugural outbound flight left Los Angeles on Nov. 5, with the first return from Beijing the following calendar day. The flight is scheduled daily as a 10:55 a.m. departure from LAX arriving into PEK into 4:20 p.m. the following afternoon; the return departs PEK 6:30 pm, arriving back into LAX at 3:15 pm the same day.
Inbound from the U.S., American believes business from shippers will include electronics, medical and pharma products, perishables and e-commerce shipments. While outbound from China automobile parts for the new generations of hybrid cars, liquid crystal displays and parts along with TV and PC parts are expected to be the main goods.
The new route further strengthens American's presence in China, making American the only U.S.-based carrier offering non-stop service between LAX and PEK.
"We are eagerly looking forward to this start of service on this new route which complements our existing Beijing services from Dallas/Fort Worth and Chicago to China," says Rick Elieson, American Airlines Cargo president.
"I am confident that freight forwarders and shippers in China will welcome the chance not only to send their goods on American's service to the US but we are also giving them the ability to open up new markets through onward connections with our vast Latin America network where there are many opportunities for Chinese exports," he said.
This route is the sixth addition to American’s daily offering to China, which now includes nonstop service to Beijing and Shanghai from three key U.S. hubs – Chicago, Dallas/Fort Worth and Los Angeles.