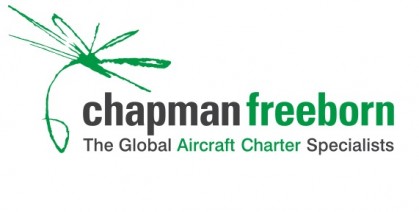 The time-critical consignments from Europe and India were required for the opening of a new port terminal which is set to welcome its first cargo ships from next month.
Dedicated to the traffic of containers and general cargo, the infrastructure upgrade has been designed specifically to improve the long term logistics capabilities offered by Gabon.
The urgent project cargo was originally scheduled to be shipped to Africa as sea freight but Chapman Freeborn was called in at short notice to arrange an air charter solution to ensure that the deadline was met.
Ahead of the flights the team was able to advise the client on repackaging the cargo to make it suitable for air transport, as well as taking care of the documentation and customs requirements.
Chapman Freeborn’s team in Barcelona arranged for the first 75-ton shipment of cargo to be trucked from a Spanish manufacturing facility to Brussels (BRU), where it was transferred to a Magma Aviation B747-400F aircraft for delivery to Libreville (LBV).
In a closely coordinated operation, Chapman Freeborn’s team in India then provided a further three charters with shipments routed from Mumbai (BOM) to Gabon on two Etihad Cargo B777F aircraft and a Maximus IL-76 freighter.
The successful airlift was carefully managed by Vikas Chaturvedi and Luis Sierra - including arranging airport representation for the flights to ensure the safe and professional handling of the cargo ahead of the on-schedule departure and delivery.
Shailendra Seth, country manager of Chapman Freeborn India, said:
“This was a challenging charter project that demonstrates the benefits of Chapman Freeborn’s global coverage. With the help of our airline partners, we were able to deliver this time-critical cargo to its final destination in a quick and well-organised manner."