Greetings from the historic capital city of Dublin, Ireland host to the FIATA 2016 World Congress, which will take place this year from October 3 - 8. As the countdown to this year’s Congress gathers pace, it is a great honour to extend a cordial invitation to FIATA members globally to attend the annual showcase event for our industry.
For many of you, Dublin needs no introduction but for those delegates who are visiting the city for the first time, prepare yourself for an enthusiastic and warm welcome. You will go a long way to find a more vibrant and hospitable city.
The FIATA World Congress is an occasion to both celebrate our industry and to benefit from the knowledge sharing, international networking and business development that the annual gathering of up to 1,000 members facilitates.
Similar to many of you, I am the owner of an international logistics business and take great pride in our forwarding and logistics industry. Our members are the unseen and unsung heroes that enable global trade and individual economies to function smoothly day in and day out.
With over 40,000 forwarding and logistics member firms in FIATA, employing 10 million people in over 150 countries, ours truly is a global network and I know many of you value the opportunity to meet with your peers in a single location just once a year. 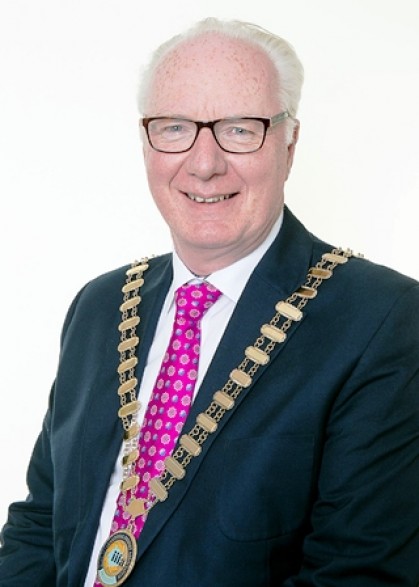 We are delighted to announce that Mr Kunio Mikuriya, Secretary General of the World Customs Organisation (WCO) is a guest of honour for the opening ceremony of Congress. Announcements on other distinguished guests and speakers will be made in due course.
Key themes for FIATA 2016 include anti-corruption, competition compliance, customs and borders, innovation, multi-modal, regulation and security. There is also a focus on new technologies and Congress has attracted a number of software and technological partners who will exhibit in parallel which will be of interest to those firms seeking efficiencies and / or migration to the Cloud. In addition, the Regional Leaders Dialogue is organised along the traditional lines of Africa / Middle East; Americas; Asia Pacific; and Europe.
Our venue for Congress this year is the multi-award winning venue of the Convention Centre Dublin (CCD). Opened in September 2010 in the depths of a severe economic recession, the CCD has not only established itself as a conference centre of international repute but has prospered.
The upturn in fortunes has mirrored that of the Irish economy. Once the poster child of Europe with its Celtic Tiger economy of the early 2000s, a devastating financial and economic collapse from 2009 – 2012 brought the country close to ruin.
In a remarkable turnaround, however, Ireland has transformed itself once again and is forecasted by the European Commission to become the fastest growing economy in Europe in 2016 with projected GDP growth of 4.9%.
Exports have been central to this recovery. Ireland is home to nine of the top 10 pharmaceutical companies in the world. Across the River Liffey from the CCD, you will find the EMEA headquarters of Google, Facebook, eBay and LinkedIn in a new area that is being call the ‘Silicon Docks’. When it comes to handling imports / exports and reaching out the wider world, we get it.
In parallel to the official programme, a social programme is being organised for both delegates and partners. There are few places on the planet more sociable than Dublin, replete with traditional Irish pubs, literary trails, museums and surrounding countryside activities including golf at the K Club, home of the 2006 Ryder Cup.
There is a certain serendipity about Dublin as a venue in 2016. This year marks the Centenary commemoration of the 1916 Easter Rising that ultimately led to Irish independence. Dublin is alive with history this year and museums at the General Post Office and Epic Ireland are but a short walk from the CCD.
In our native Gaelic tongue there is a favoured expression that is centuries old: Céad Mile Fáilte – we wish you a hundred thousand welcomes.
We trust you will find FIATA World Congress Dublin 2016 to be a memorable experience and I look forward to meeting many of you in person during the first week of October.

Tom Thornton is President of the Irish International Freight Association who is hosting the FIATA 2016 Congress in Dublin, October 3 - 8. Early bird ticket discounts are available until 30 June 2016. For further information please see: http://fiata2016.org/register/